SmartMyBoat is a smart marine computer system based on Arduino and Adobe AIR. Sailduino is designed for those who believes that off the shelf, navigation and marine electronics just aren’t good enough, or they come with a big price tag. Although still in development we hope Sailduino solution will bring confidence and reliability to our future voyages and to people who might also want see this system on their vessels. 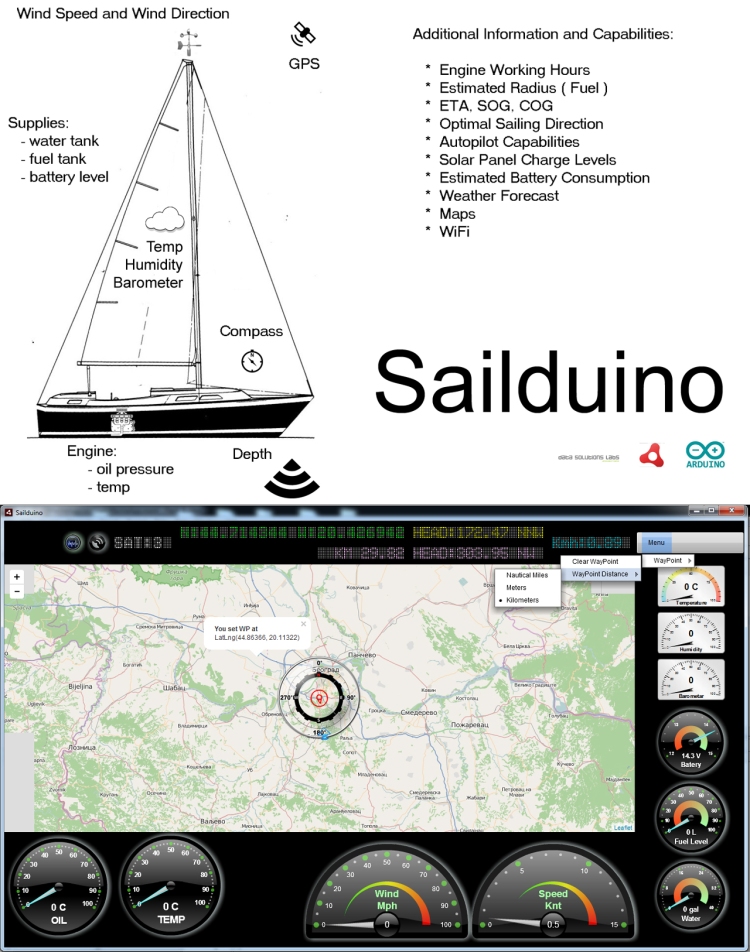 We design and manufacture components that will stand up to the harsh marine environment. 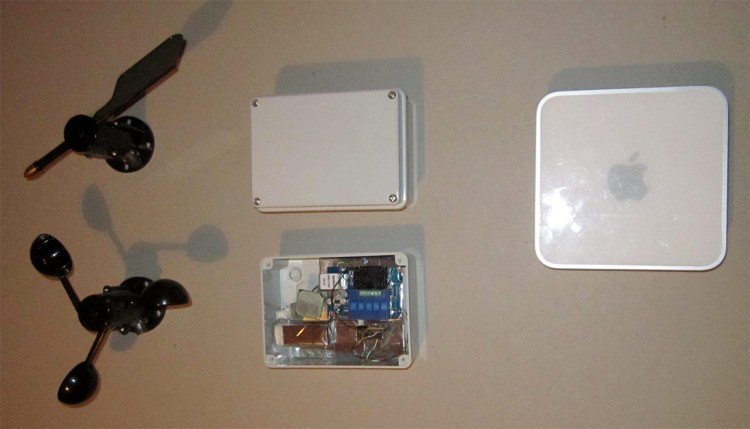 Any device running AIR and with resolution higher than 1366x768px and with wi-fi is capable to run Sailduino software. We tested it on numerous Windows platforms with no problems whatsover, MAC OSX is having a problem refreshing data. This issue might be related to default browser setting rather than OS. 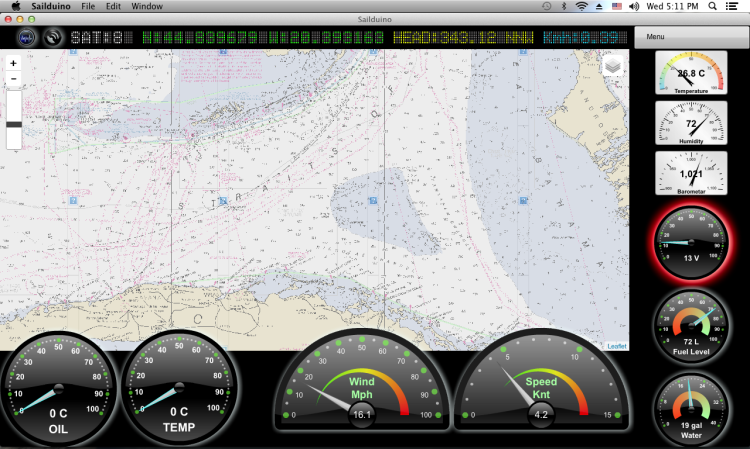 Sailduino listen various sensors for weather and location and also sensors from your own boat such as the ones attached to tanks or engine itself. The information is displayed on the screen of your computer and where possible it talks to your autopilot, too. Long story short we want to put “smart” computer system on a sailboat and talk to it. The principal idea is to be able to issue voice commands, the system needs to process your request and take the action and then the system should respond back to you with the report.

Good example is riffing the sails in near-gale or gale conditions while autopilot is engaged. Once skipper issues command BOAT NAME turn into the wind now! The Sailduino process the request, calculates the appropriate temporary course, start the main engine (or not), turns the boat into the wind, placing gear to forward (if engine is running) and maintaing the ZERO angle relative to the wind.

We find Sailduino one great project simply because we are sailors and we designed it to work on our own boat. We are at the beginning and we have a long way to go. It is great that while we were working on it people around us wanted to see it on their boats. Sailduino is not ready yet! Currently we are in testing phase where we want to see how Sailduino performs while exposed to weather.

We welcome you to comment. Once completed (version 1.0.0.0) is likely to be available for around the price of a single of-the-shelf marine component.